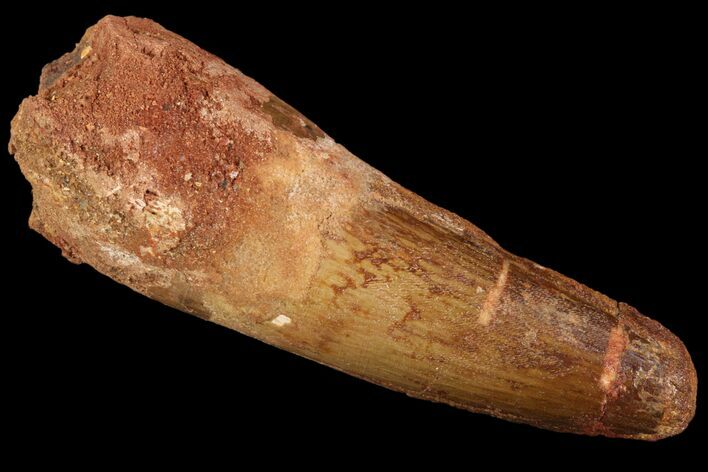 This tooth is bargain priced because it's a composite. That means it's two separate partial Spinosaurus teeth that have been combined to make a whole one. There is a significant gap fill in the middle of the tooth between the two partials. The tip has been worn down due to feeding.

Most large Spinosaurus teeth are found incomplete so the diggers will often match up similar looking partial specimens to construct whole ones. The price is a fraction of what this tooth would be if it wasn't a composite.