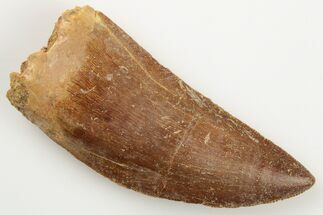 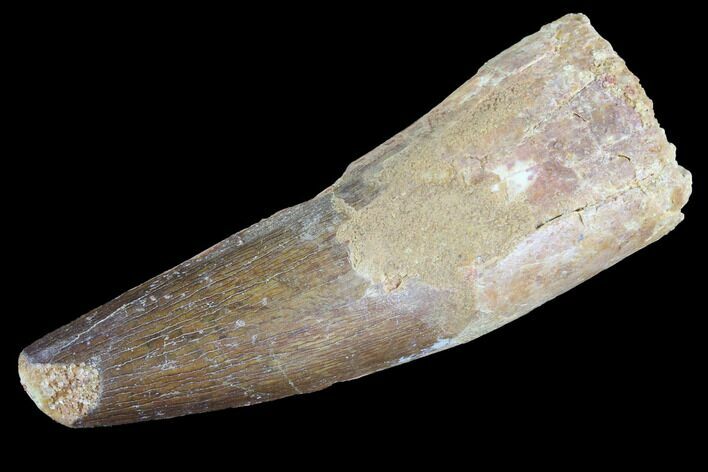 There is nice enamel preservation on the crown and some feeding wear to the tip. There is some gap fill restoration in the root area of the tooth, hence the bargain price. 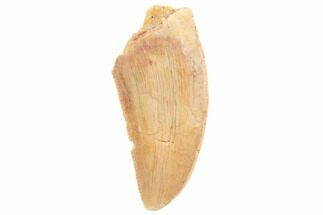 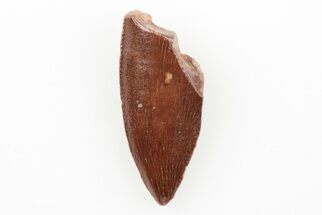 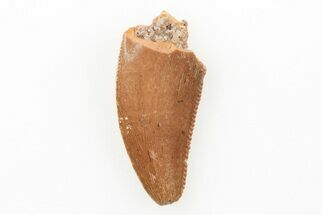 Serrated, .66" Raptor Tooth - Real Dinosaur Tooth
$45 $39
Our Black Friday Sale Has Started!
Our biggest sale of the year has just begun. All items sitewide are discounted 5-25%. We will be adding over 1,000 of new fossil, mineral and crystal listings throughout the week, as well as running some special discounts. So, be sure to check back often.