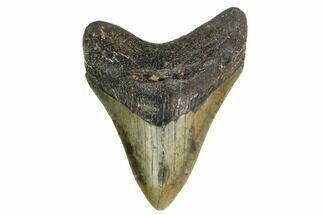 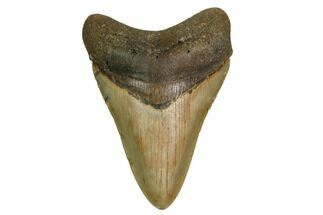 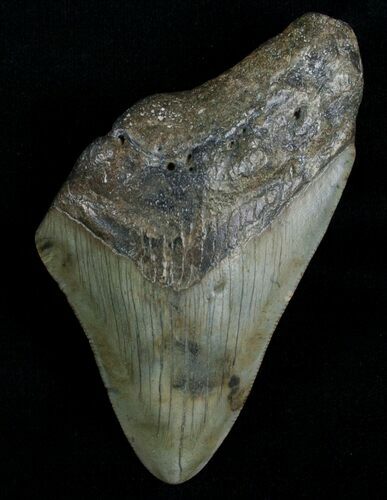 This is a tooth of the prehistoric, monster shark, the Megalodon. It's 3.53 inches long and was collected off the coast of the Carolinas after it eroded out of the Hawthorn Formation. 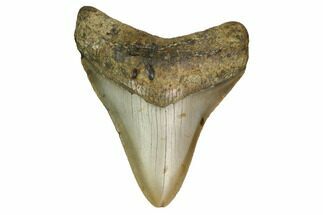