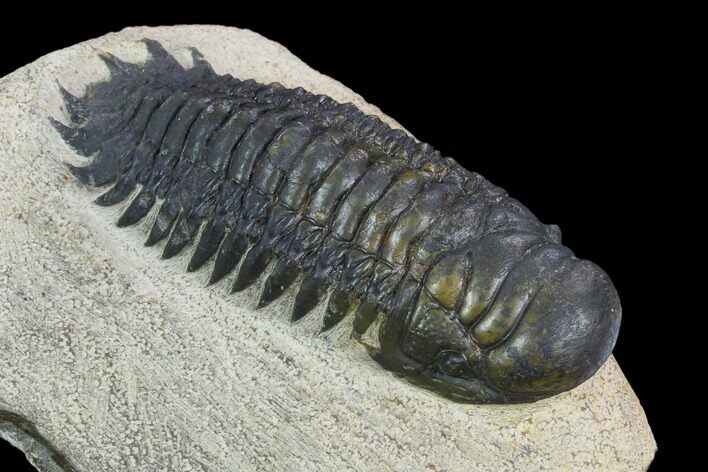 This is a bargain, 3.55" long Crotalocephalina gibbus trilobite from Atchana, Morocco. It has been mechanically prepared with airscribes so that it looks ready to crawl off of the rock. This trilobite is quite large for the species. There is some significant shell restoration on the tail, along the top of the axis and on top of the head, hence the bargain price.