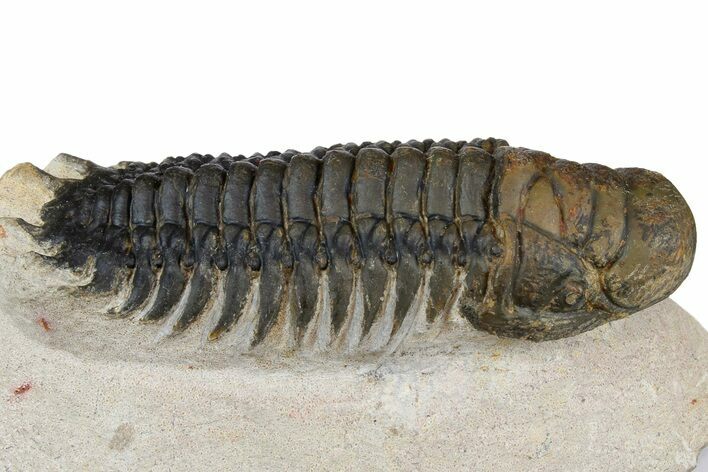 This is a 3.55" long, trilobite (Crotalocephalina gibbus) quarried from the Lhandar Formation near Atchana, Morocco. It has been prepared using air scribes to remove the surrounding limestone and looks like it is about to crawl off the rock.

The preparation is a bit rough in areas, hence the bargain price.