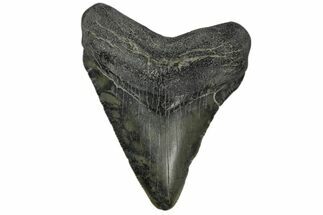 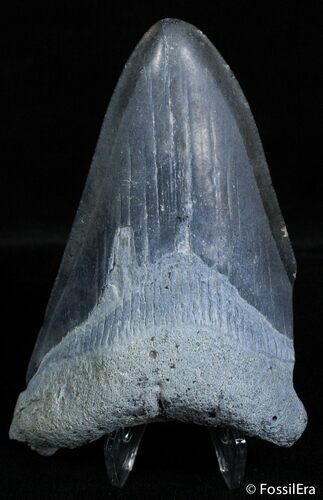 Here is a bargain 3.63 inch long Megalodon tooth from South Carolina. It has nice enamel and beautiful coloration though is missing a chunk of the right side of the root. 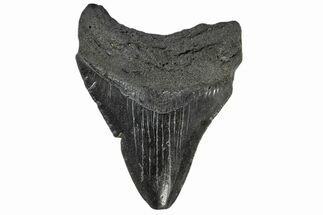 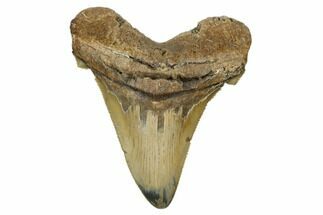