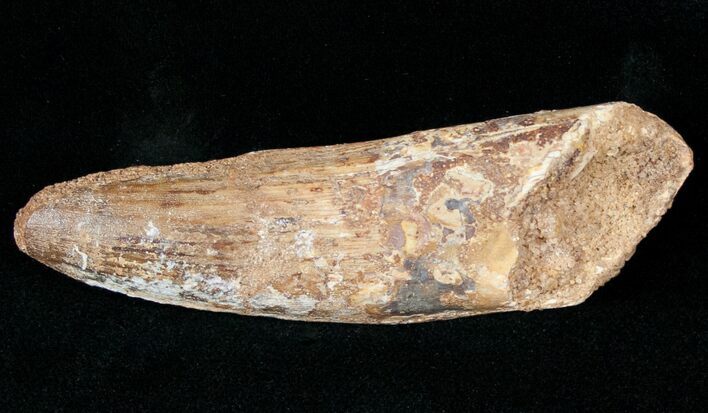 At 3.68" long this is quite a large Spinosaurus tooth. The enamel is mostly worn off and there is quite a tip of repair and a few gap fills in the tooth, hence the bargain price.