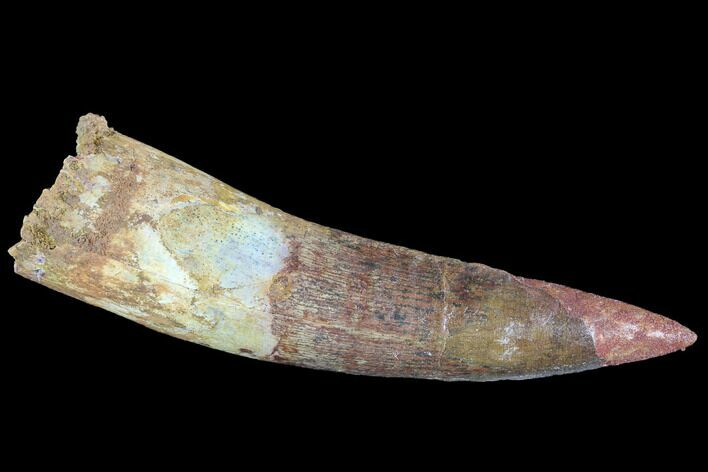 This is a good sized tooth. The tip of the tooth is restored and there is a repaired crack with gap fill in the middle, hence the bargain price.