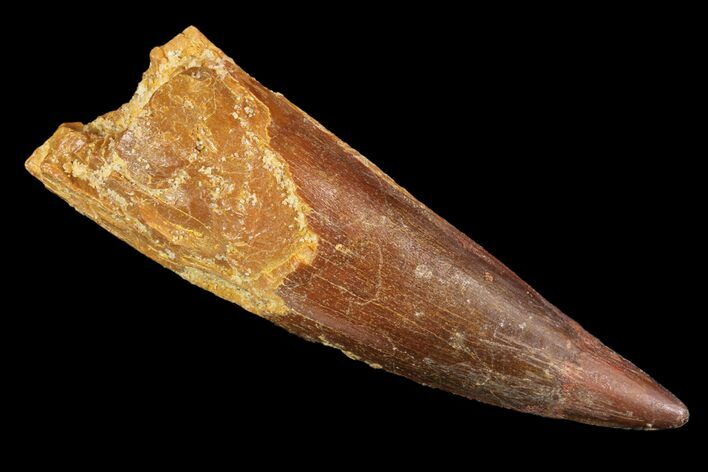 This is a large tooth and the enamel is in pretty nice shape. There is a repaired crack with gap fill about 3/4" from the tip. The tip might be a composite from a partial tooth, but the enamel color is a really close match so it's hard to tell for sure.