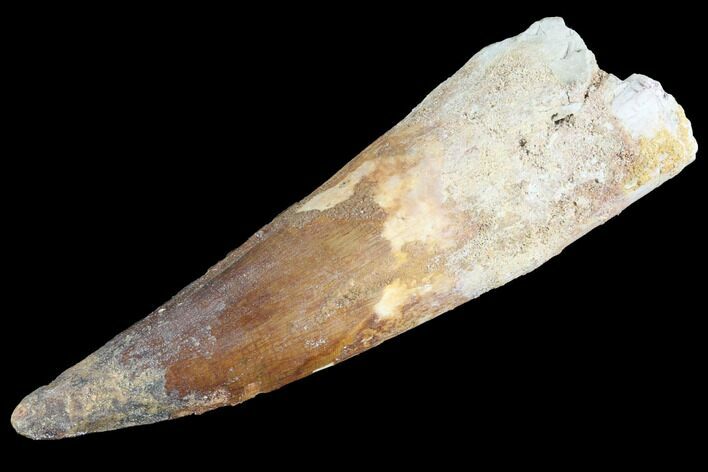 This is a pretty good sized Spino tooth. There is restoration to the final 3/4" of the tip, hence the bargain price.