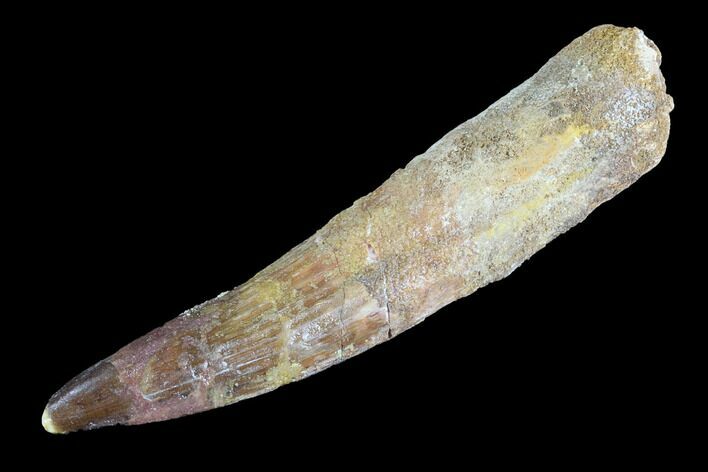 This tooth is a composite, meaning it's several partial Spinosaurus teeth which were combined to make a full one. That is the reason for the bargain price