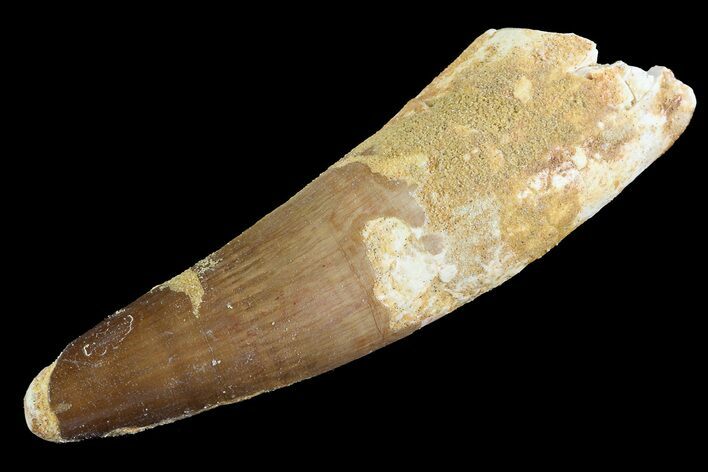 One side of the tooth is heavily damaged and there is a repaired crack with gap fill about 1" from the tip, hence the bargain price.