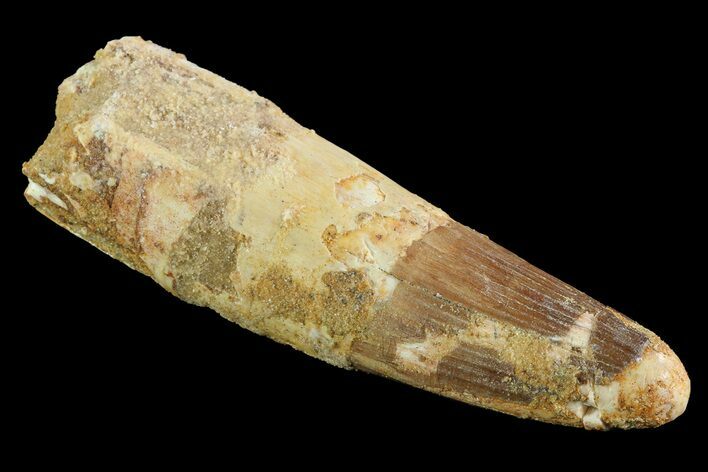 One side of the tooth looks quite nice with good enamel and good root contrast, but much of the other side is missing enamel. One repaired crack at the tip and restoration to the root.