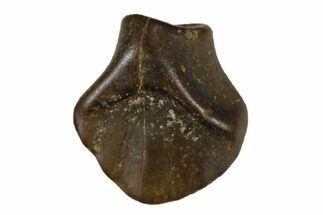 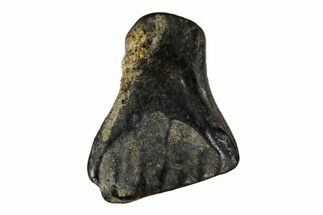 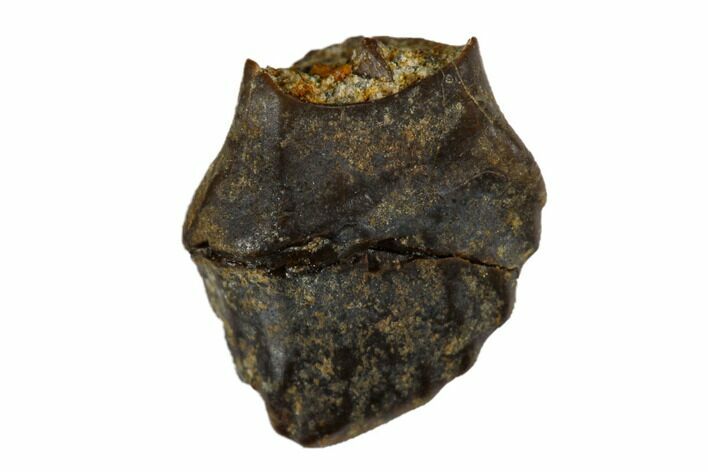 This is a nicely preserved, .37" long tooth from a Nodosaur. It was collected from the Judith River Formation in Montana. While Nodosaur teeth are relatively abundant in the formation, not enough skeletal material has been recovered to describe the species.

There is a repaired crack through this tooth. Comes in an acrylic display case.

The Judith River Formation is one of the most prolific sources of Late Cretaceous vertebrate fossils. At least sixteen Orders containing more than forty Genera are known from the formation. These include fish, amphibians, mammals, and insects in addition to the reptiles, avian and non-avian dinosaurs (birds). Among the more interesting specimens is Leonardo, a mummified and fossilized Brachylophosaurus. This is a Hadrosaur, a duck-billed dinosaur with amazing preservation of the soft tissues of the body. The pattern in the skin of the feet is even preserved. In addition to Leonardo, the Judith River Formation contained the remains of the theropod Hesperornis, the only known freshwater Hespernorthid, a penguin like bird.
View Jurassic World Fossils
SOLD
DETAILS
SPECIES
Undescribed Nodosaur
AGE
Late Cretaceous (~74 Million Years)