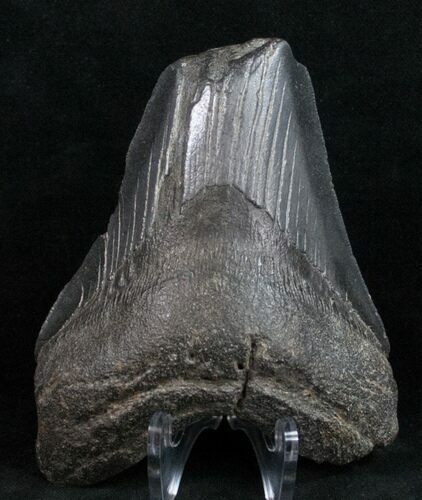 This is a bargain 4.20" long Megalodon tooth collected in Georgia after it weathered out of the Miocene aged Hawthorn Formation. The tip is sheered off due to massive feeding damage which is pretty common in large Megalodon teeth. Had the tip been present this would have been around a 5" tooth, meaning it came from an adult shark approaching 40-45 feet in length, wow! 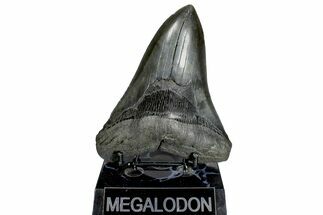