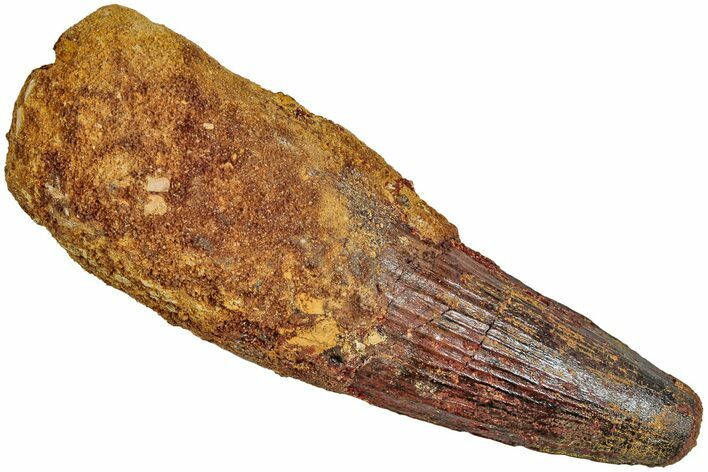 Most of the lower half of the tooth is still covered in rock that can not easily be removed. I suspect it would be pretty heavily eroded/damaged if you did. The tooth is bargain priced because of this. 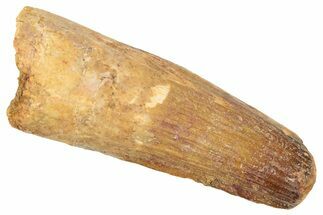