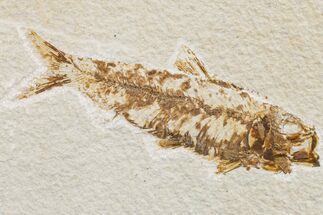 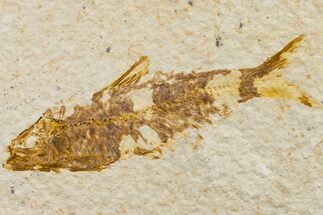 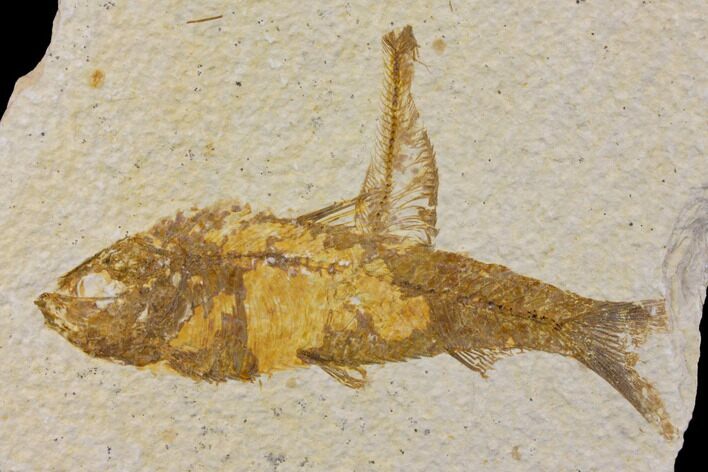 This 4.3" long Knightia eocaena comes from the Eocene aged Green River Formation of Wyoming. It is nicely detailed and prepared with bone structure, fins, and the overlapping scale structure visible. The preservation on this fish isn't the greatest, hence the bargain price. There is part of another fish present on this plate. 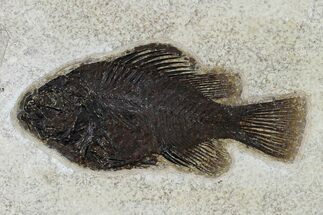