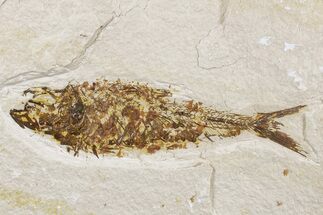 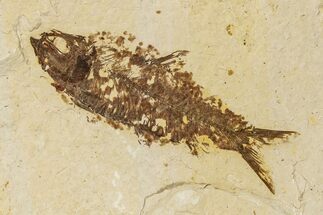 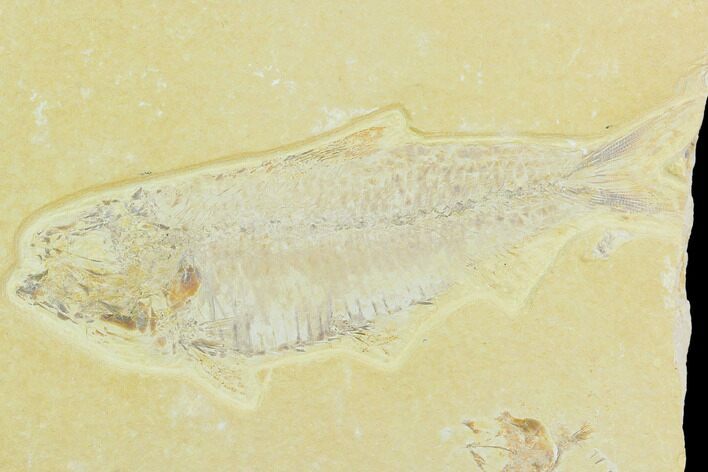 This is a 4.6" fossil fish (Knightia) from the Green River Formation of Wyoming. This specimen has visible bone structure and fins but the preservation isn't the best, hence the bargain price.

Today the wonderfully preserved fossils of Diplomystus and other Fossil Lake fauna are collected in several private quarries around Kemmerer, Wyoming. The best preserved fish fossils come from the coveted 18 inch layer. This layer is collected at night under high-powered lights allowing the faint signs of fish under the surface to be more easily observed. These “ghosted” fish then must go through many hours of manual preparation to remove the overlying rock and reveal the Green River fauna in all of it’s glory.
SOLD
DETAILS
SPECIES
Knightia eocaena
AGE
Eocene (~48 million years) 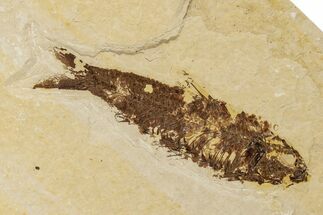 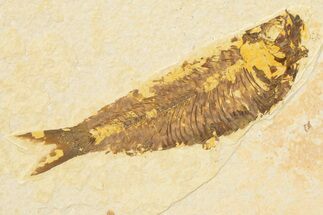 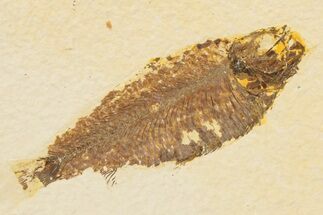 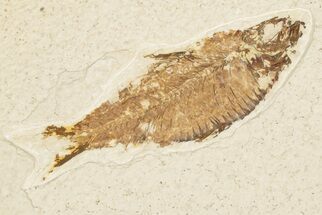 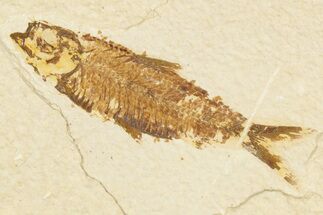 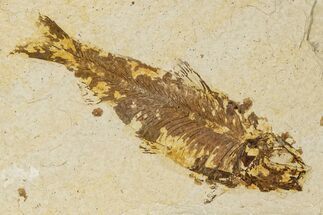