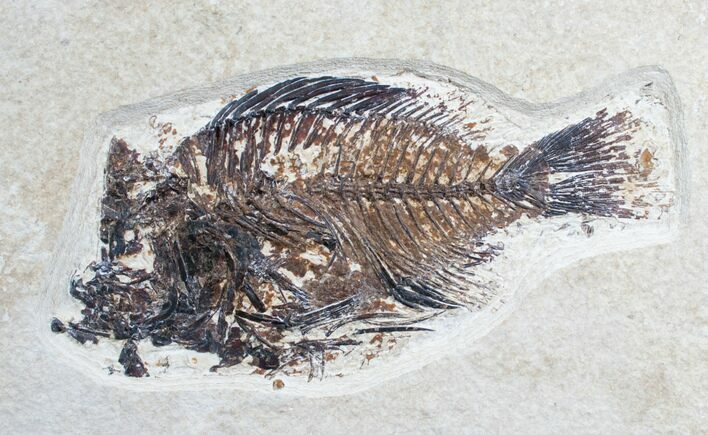 Here is an inexpensive example of the fossil fish Cockerellites liops. It comes from the Eocene (48 million years) aged Green River Formation near Kemmerer, WY. It's 4.6" long and well preserved on an irregularly shaped 6x4" slab of matrix. It has been well prepared and has no restoration.