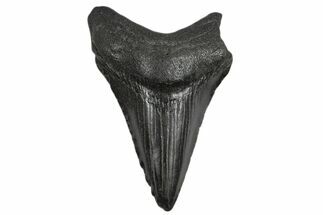 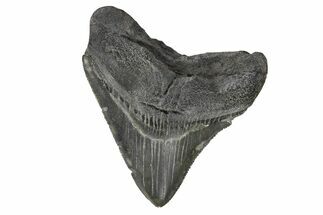 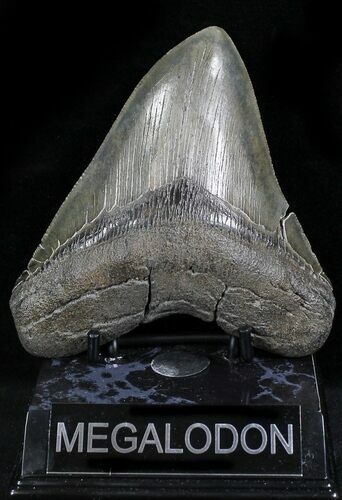 This is a fossil Megalodon tooth collected on the South Carolina coast. A tooth of this size would have come from a juvenile Megalodon shark in the 40+ foot size range. Although there is some enamel peel, and a small crack, the tooth is in overall good shape, having a well preserved bourlette and complete root.