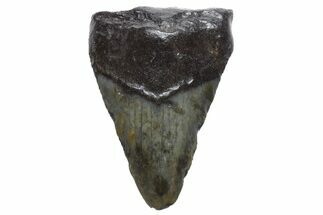 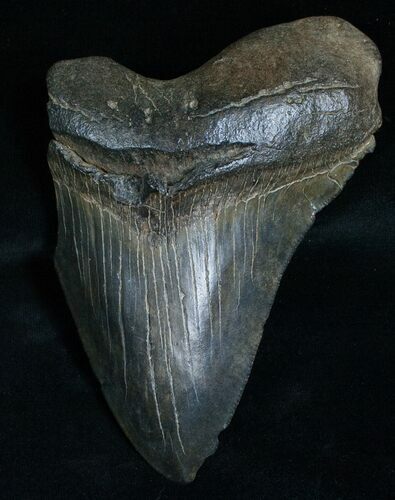 This is a large, 4.94" long tooth of the prehistoric, mega-shark the Megalodon.. It comes from the Hawthorn Formation in Georgia making it approximately 4-7 million years old. It is a very robust tooth, with beautiful enamel preservation. Most of the serrations are worn but still visible. 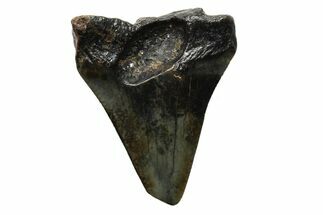