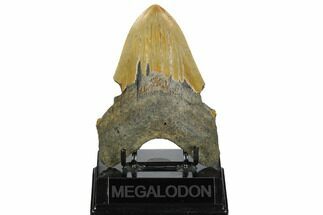 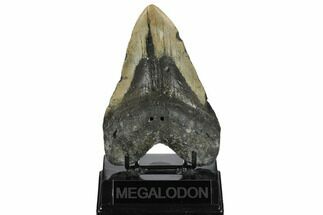 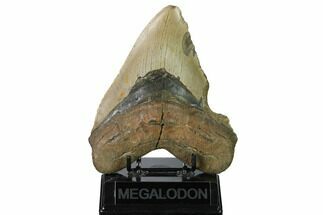 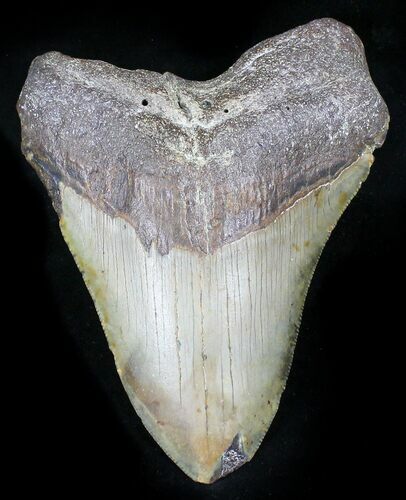 This is a large 4.96" long Megalodon tooth collected off the North Carolina Coast. This tooth would have come from a prehistoric, mega-shark in the 40 foot size range. It was collected from a diver in about 100 feet of water after it eroded out of the Miocene aged Hawthorn Formation. Comes with a stand to display it on. 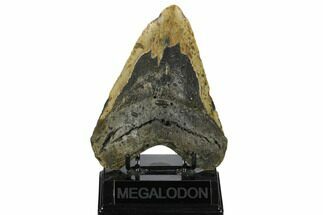