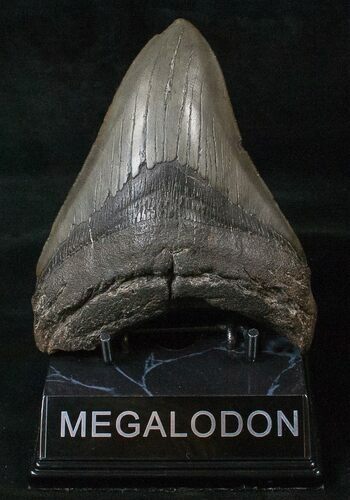 This is a bargain 4.99" long fossil Megalodon tooth collected in South Carolina. It would have come from an adult Megalodon shark in the 35-40 foot size range. There is some sections missing at the bottom of the root, hence the bargain price but the blade is in good shape. Comes with the pictured display stand. 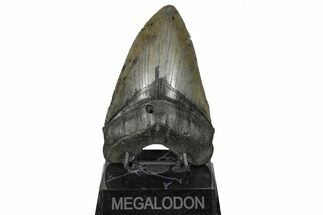