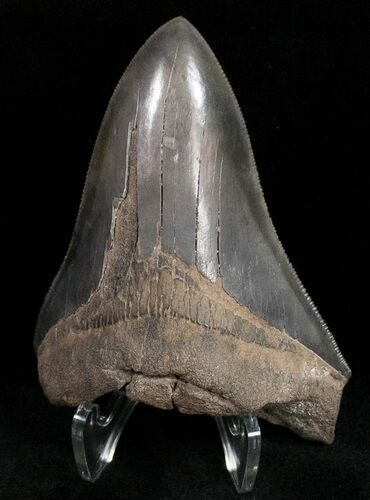 This is a bargain, partial 4" long Megalodon tooth from Georgia It was collected by a diver after it eroded out of the Miocene aged Hawthorn Formation. It's missing some of the bottom of the root but the blade is quite nice with sharp serrations, a fine tip and beautiful enamel preservation. 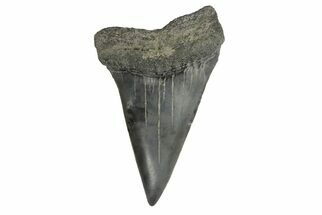