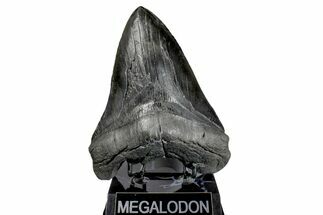 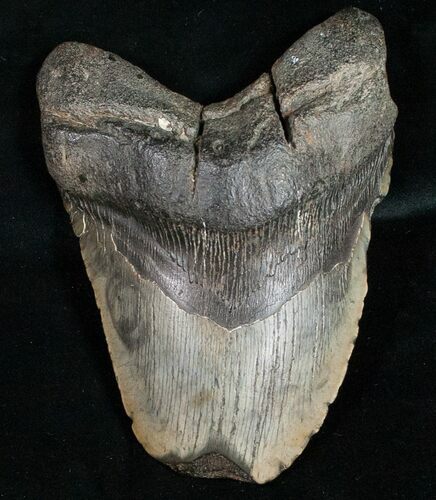 This is a bargain 5.06" long Megalodon tooth with massive feeding damage to the tip. The tip was sheered off due to the bite force of the tooth hitting bone. This isn't unusual for large Megalodon teeth, but had the tip been there it would have been close to a 6 inch tooth meaning it came from a shark approaching 50 feet in length. A true monster of the Miocene seas.

This tooth was collected on the South Carolina coast after it eroded out of the Miocene aged Hawthorn Formation.