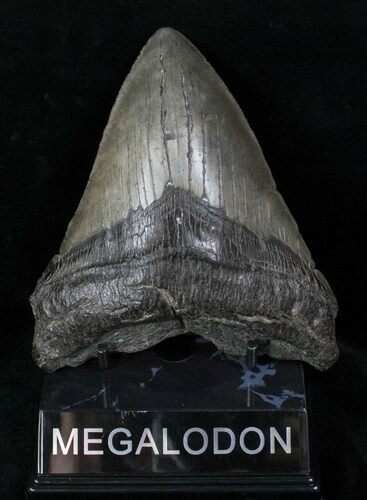 This is a bargain 5.11" long Megalodon tooth collected in in South Carolina. A tooth of this size would have come from an adult Megalodon shark in the area of 50 feet in length. The blade of the tooth is in good condition, it's just missing a portion of the root at the bottom of the tooth. It comes with the pictured Meglaodon stand.