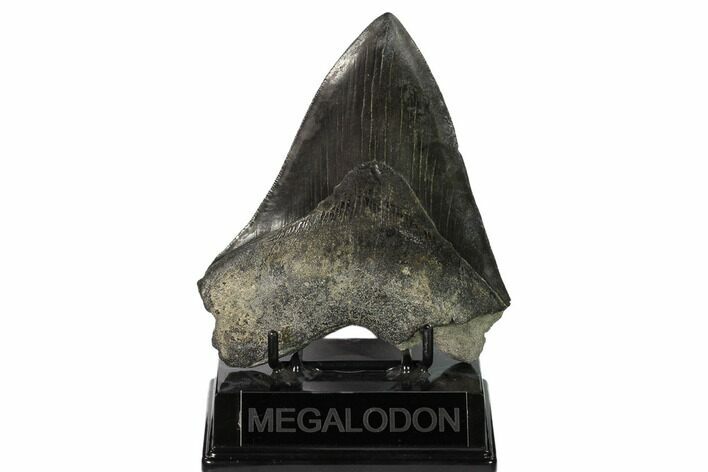 This is a bargain, 5.29" long, fossil Megalodon tooth collected in South Carolina. Given the size of this tooth, it would have come from a prehistoric, mega-shark in the 40 foot size range.

The tooth has visible serrations along the edges of the blade, but there is some damage to the right root lobe, hence the bargain price.