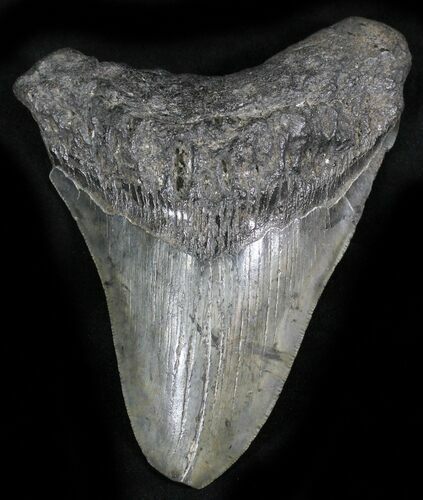 This is a bargain 5.42" Megalodon tooth collected in South Carolina. This tooth would have come from an small Megalodon Shark in the 45+ foot size range. Although there is some feeding damage, the tooth is in overall great shape, and the blue-grey blade displays a nice chatoyance.