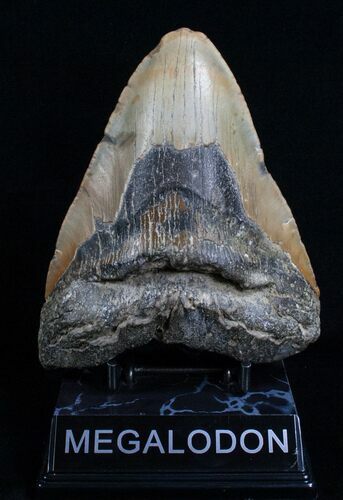 This tooth is an absolute beast. At over 5 1/2 inches long it would have come from a large adult, Megalodon shark in excess of 40 feet in length. The tooth has a number of defects but is big, heavy and awe inspiring. It was collected by a diver off of the South Carolina coast after it weathered out of the 4-7 million year old Hawthorn Formation. It comes with the pictured display stand to show it off.