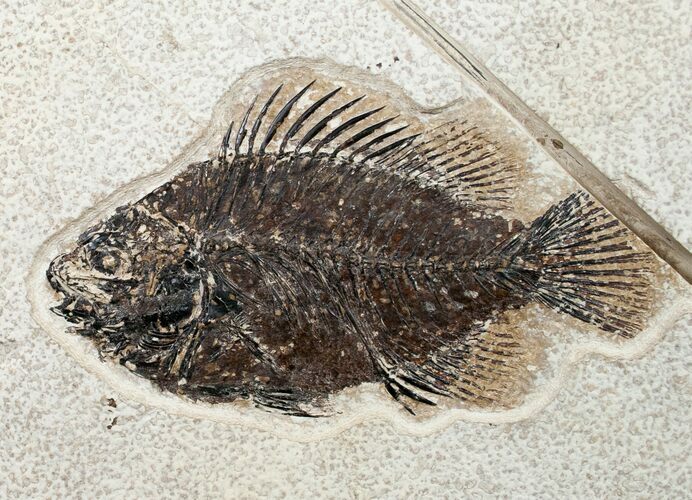 This is a detailed 5 inch long Priscacara serrata centered on a solid 7 1/2 x 6 1/4 inch slab of matrix. The plate is irregularly cut and has a diagonal cut through the tail of the fish, hence the discounted price. It was quarried from the 18 inch layer of Warfield's Quarry near Kemmerer, WY over a decade ago and recently prepared. The 18 inch layer produces higher quality fish fossils than the split fish layers but they take significantly more preparation time. The details on this beautiful fish can easily be seen including the fins, scales, and backbone. It comes with a display stand or also would look great in a frame.