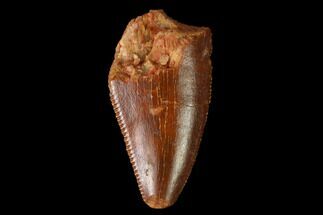 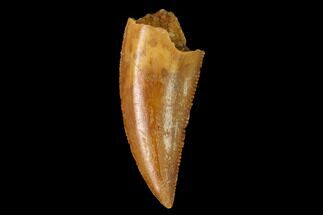 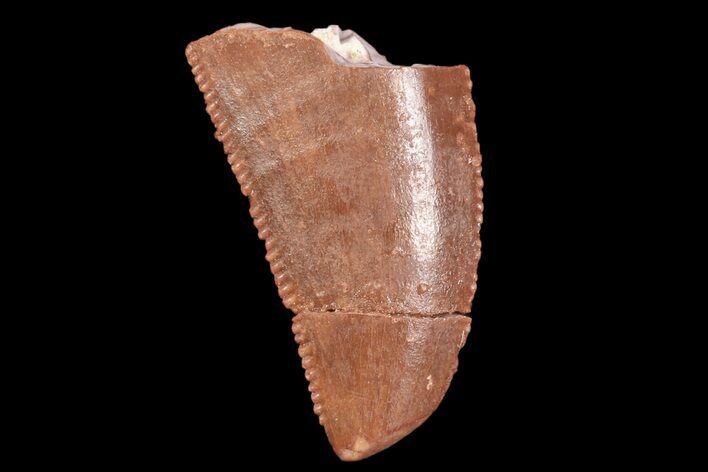 The tip of the tooth shows feeding wear and there is one crack repair near the tip. 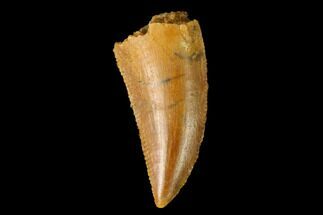 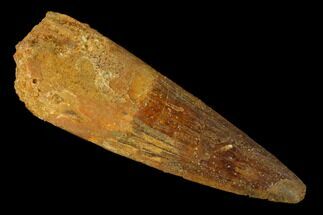