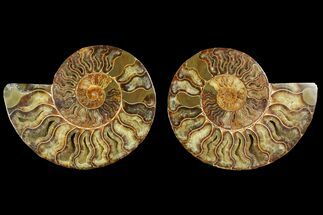 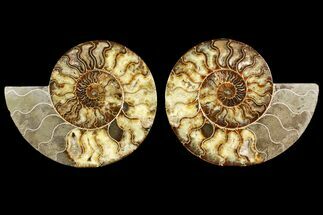 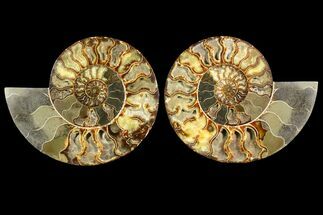 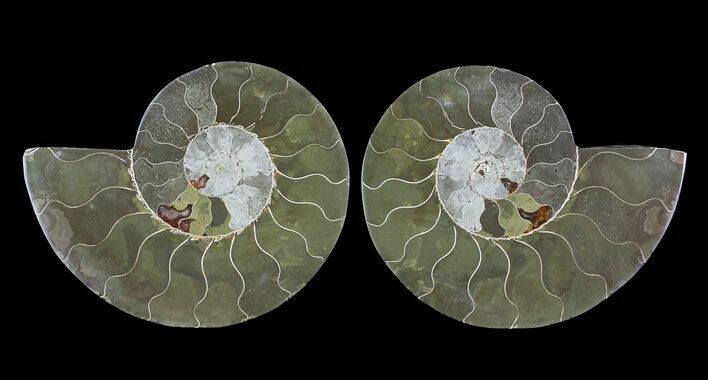 Here is an cut and polished Cleoniceras ammonite fossil quarried in the Mahajanga Province of Madagascar. It's Early Cretaceous (Albian Stage) in age, or approximately 110 million years old. The interior filled with mud during the fossilization process, hence the bargain price. It comes with a pair of acrylic display stands. 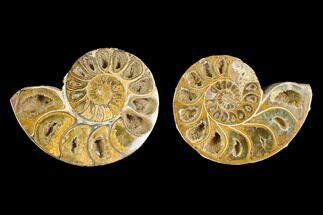 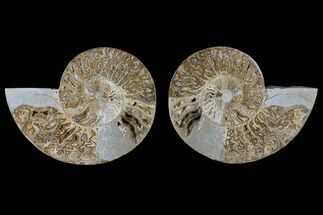 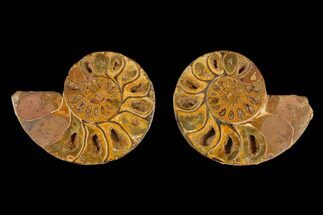 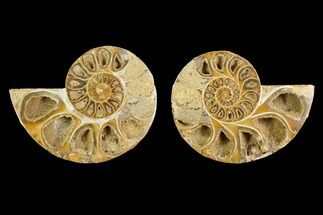 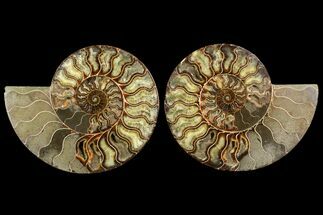