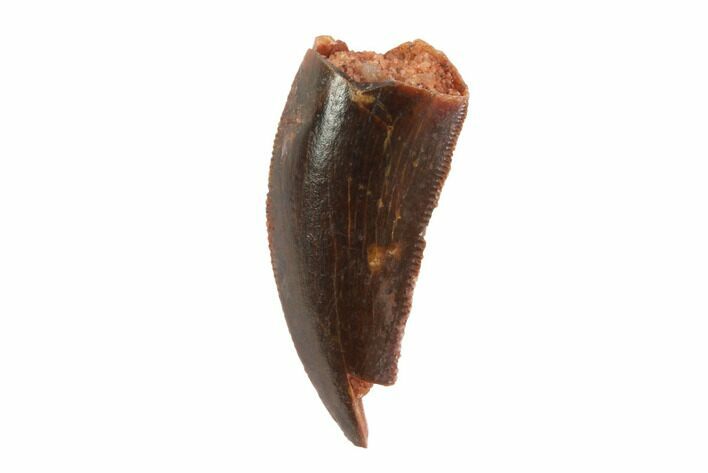 The tooth has really nice enamel and fine serrations, but the tip is broken, hence the bargain price.