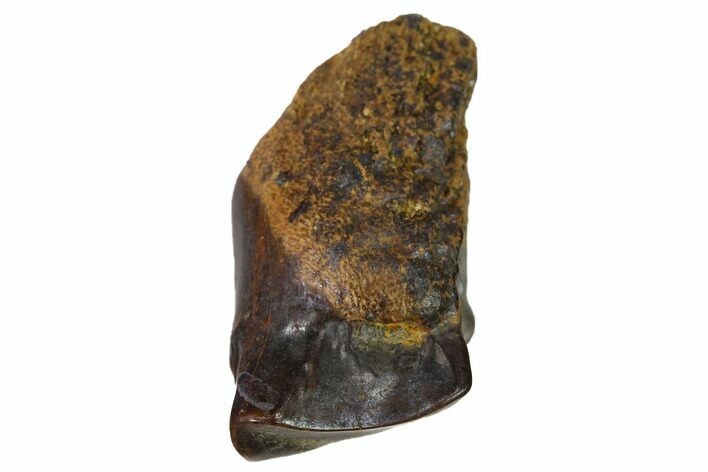 This is a .68" long Triceratops tooth, from the Hell Creek Formation in Harding County, South Dakota. The vast majority of teeth found are worn teeth that are discarded during the dinosaurs lifetime. 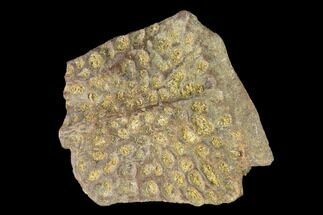 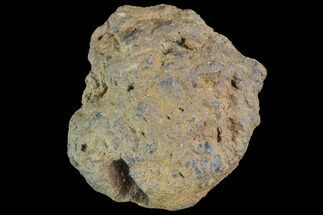 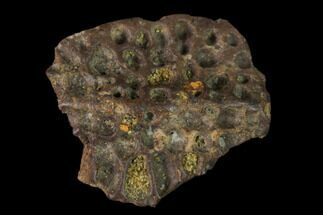