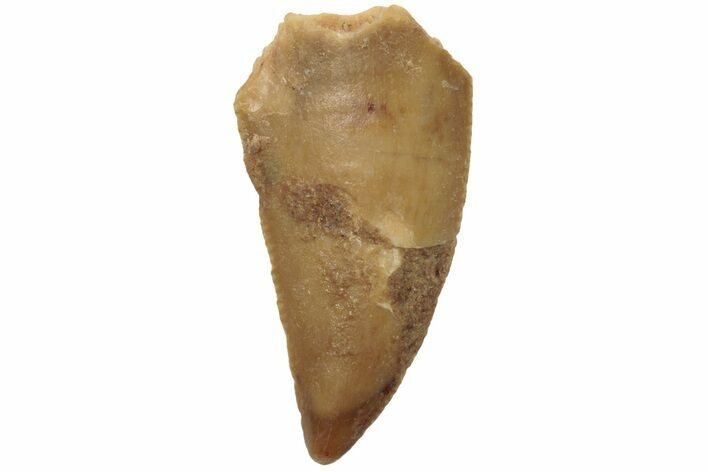 There is crack repair and gap fill restoration through the middle of this tooth, hence the reduced price. Comes in an acrylic display case.