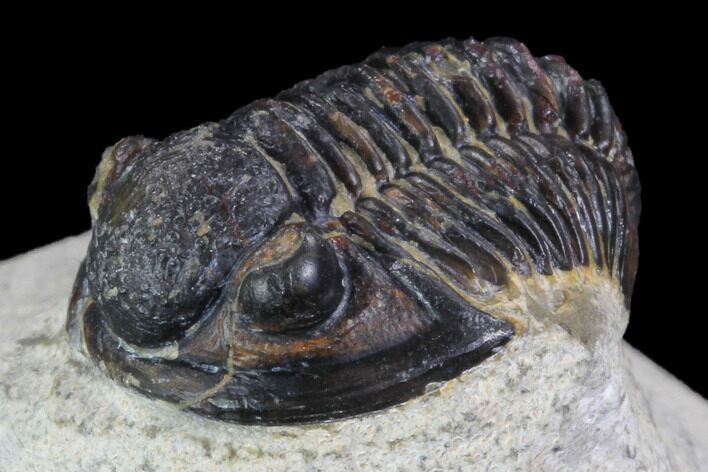 This is a detailed, 3d specimen of the proetid trilobite Gerastos granulosus. It was quarried near Issoumour, Morocco.