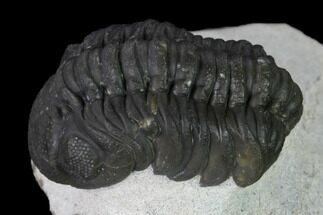 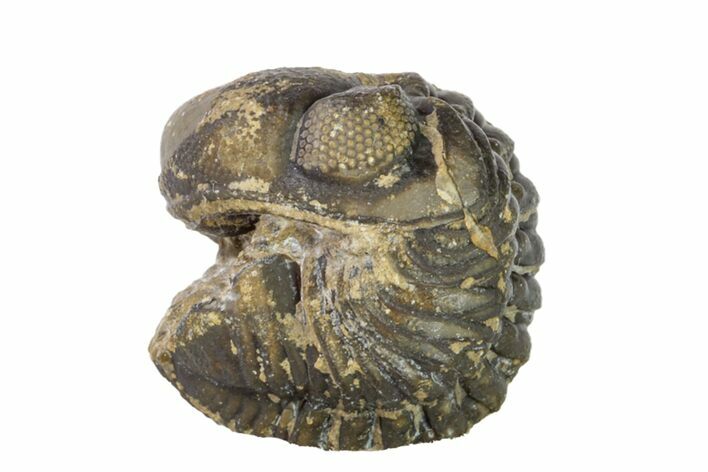 This is a enrolled, .8" wide Austerops trilobite from Issoumour, Morocco. The trilobite is fairly weathered, hence the bargain price. Good eye facet preservation in both eyes. 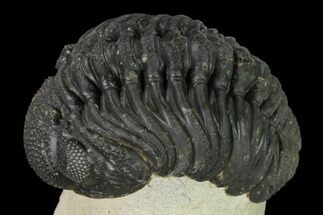 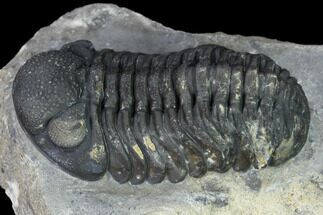 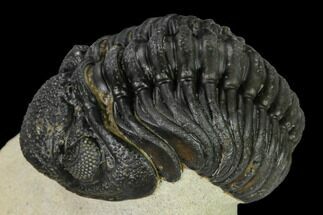