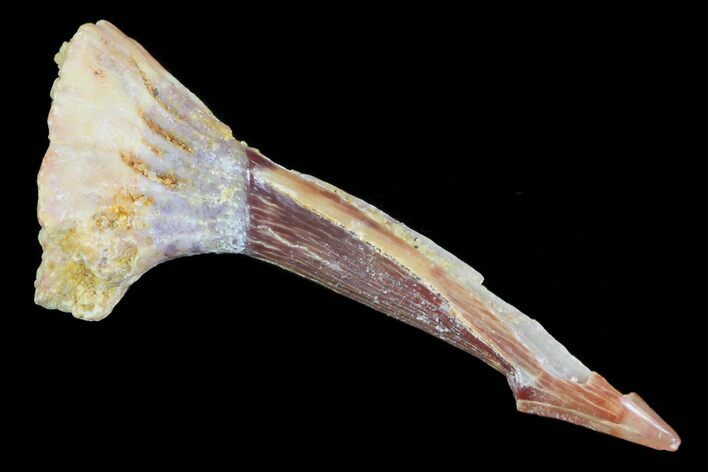 This is a nicely preserved, rostral barb of the giant sawfish, Onchopristis numidus. These bards are fairly delicate so they are almost always found broken, particularly the larger specimens. This one is small and has some major damage. There is a large section of the barb that has splintered off, hence the reduced price.