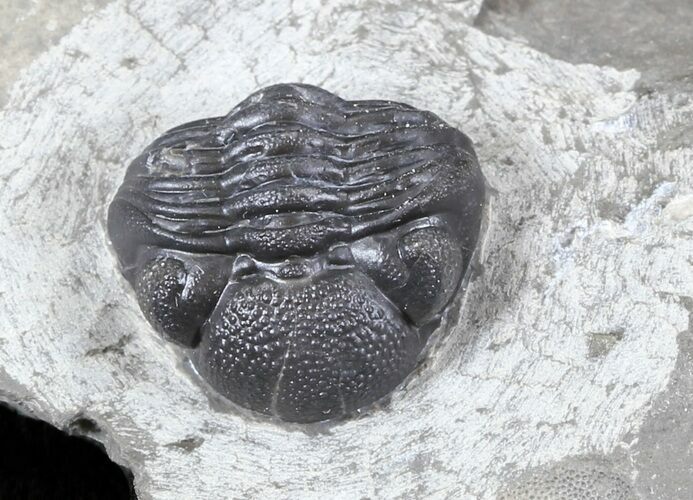 This is a bargain, enrolled specimen of Eldredgeops rana rana from the Windom Shale of NY. Eldredgeops is often incorrectly referred to as Phacops. It's 0.65" wide so would be about an inch it outstretched. There is a negative impression of a second trilobite next to it.