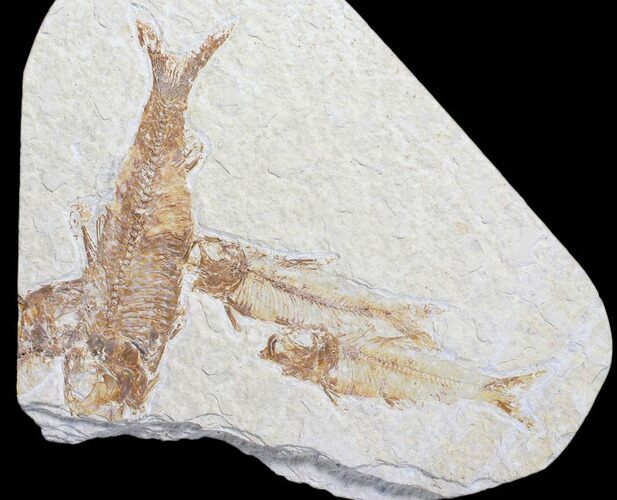 This is a cluster of Knightia fossil fish from Warfield's quarry in Wyoming. There are located on a thin slab of shale and they come with a display stand. 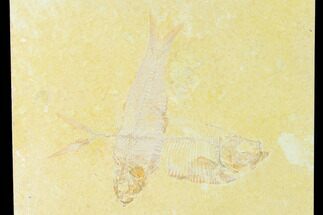