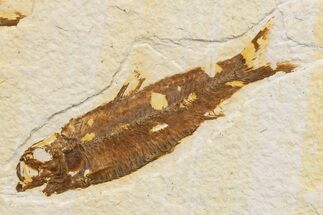 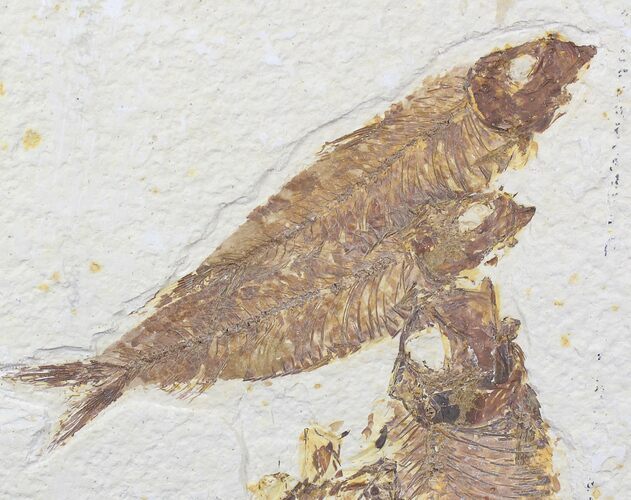 This 4.4x4.3" slab of shale from the Green River Formation which contains two and a half fossil Knightia eocaena, a type of extinct herring. This specimen was collected from Warfield's Quarry near Kemmerer, Wyoming. Comes with an acrylic display stand. 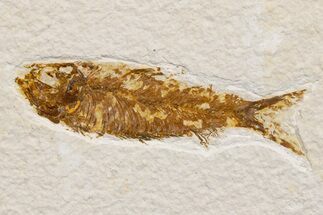 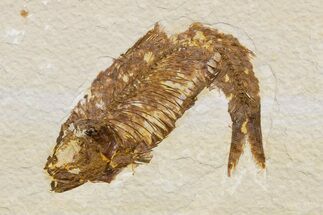 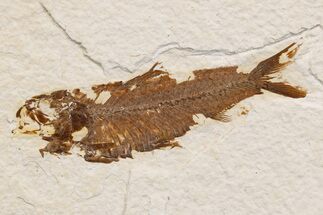