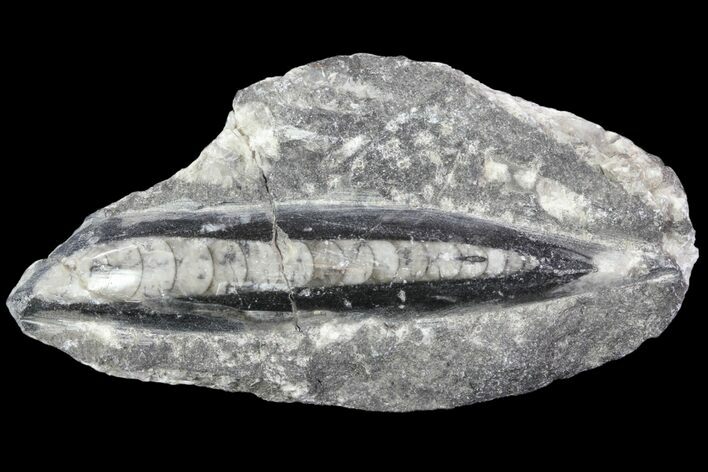 This small specimen has a 3.1" long Orthoceras specimen, which has been polished to reveal the inner segmented chambers. There is a repaired crack through the middle of the rock, hence the reduced price.