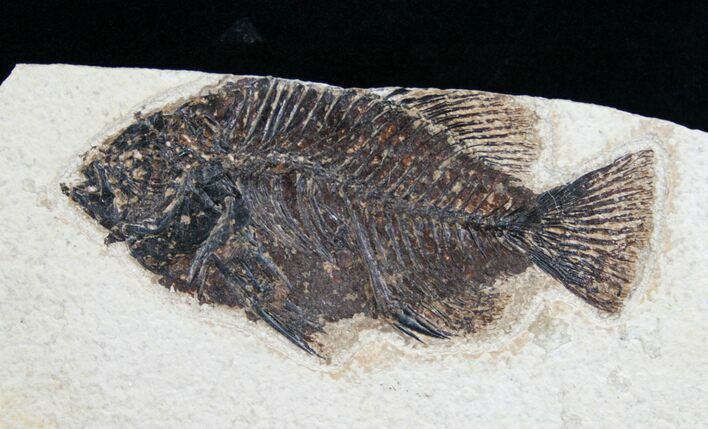 Here is a bargain example of the fossil fish Cockerellites liops. It comes from the Eocene aged Green River Formation near Kemmerer, WY. This example is nicely preserved but just a tiny bit of it is running off of the top of the matrix.