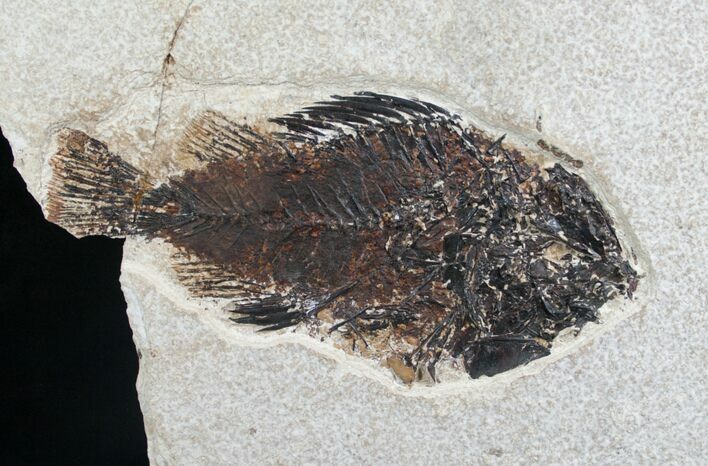 Here is a bargain example of the fossil fish Cockerellites liops. It comes from the Eocene aged Green River Formation near Kemmerer, WY. This example is nicely preserved but just missing the corner of it's tail fin running off of the matrix. There is also a repaired crack in the plate.

We can trim the matrix down further at no charge upon request. 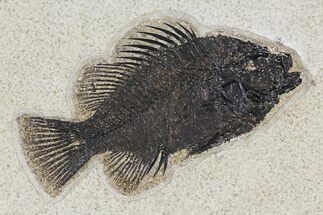