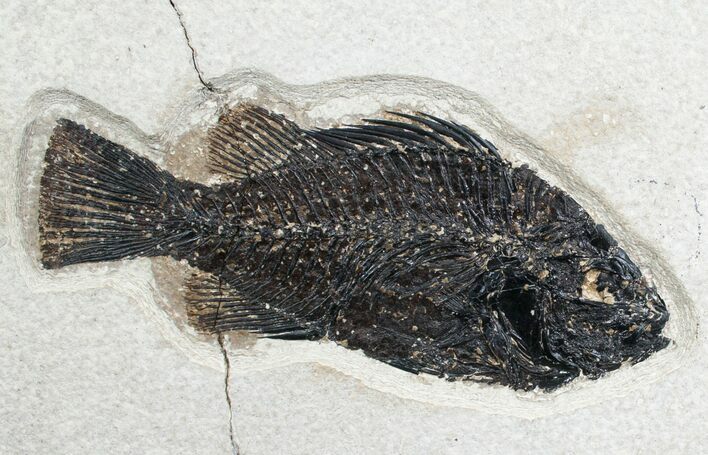 Here is a beautiful example of the fossil fish Cockerellites liops. It comes from the Eocene aged Green River Formation near Kemmerer, WY. It comes from the 18 inch layer, is 4.8" long and beautifully preserved. It's being offered at a reduced price because the matrix broke when it was being shipped to me and had to be repaired.