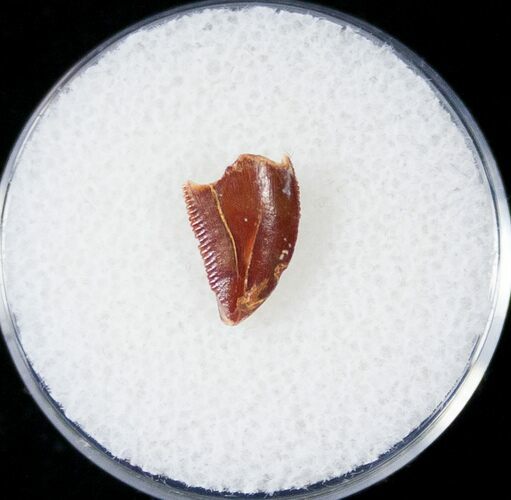 This tooth is .36" long. The enamel is a beautiful red coloration. Its serrations are fairly sharp on the posterior edge with the anterior serrations being worn from feeding as well as the tip of the tooth.