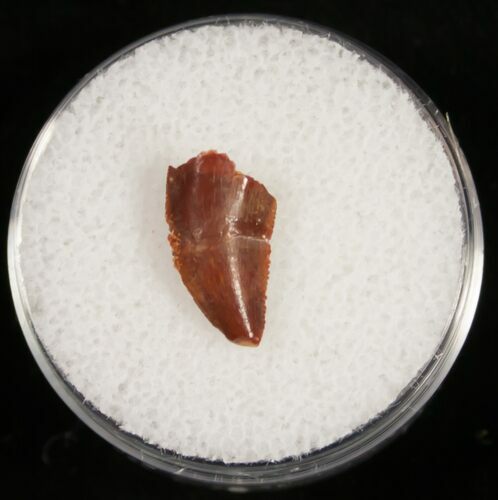 This is a pretty tiny tooth, has a worn tip, and some weathering. It has beautiful enamel and is bargain priced.