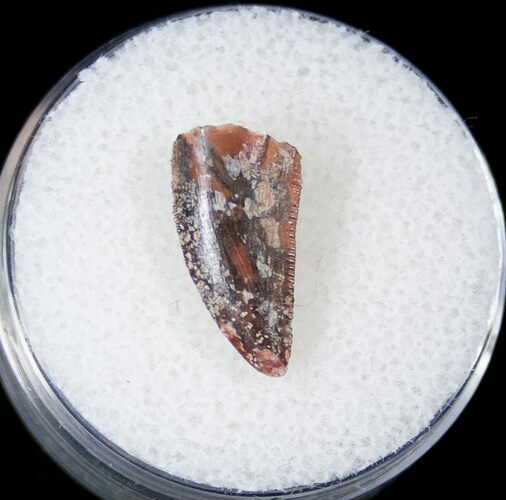 This tooth is .57" long. The enamel is a little weathered. Its serrations are worn on the anterior edge, with the posterior still being fairly sharp. it has some slight feeding wear to the tip of the tooth.