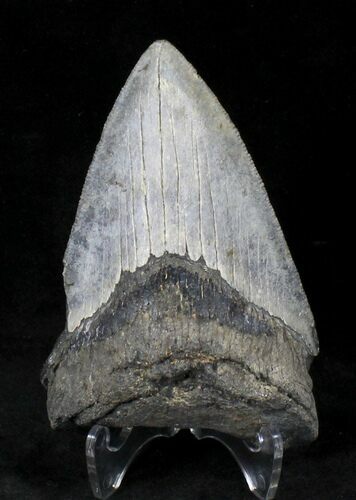 This is a bargain, serrated, 3.39" Megalodon tooth collected off of Venice Beach, Florida. It has a coloration which is very distinctive to the area. There are a couple of chips out of the corners but otherwise the tooth is in good shape with nice serrations along the edge of the blade. Comes with an acrylic display stand.