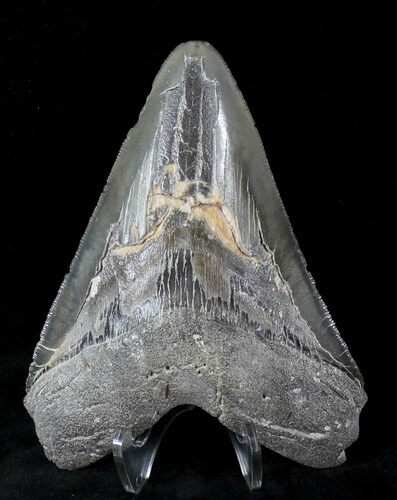 This is a bargain, serrated, 4.97" Megalodon tooth collected near Venice, Florida. It has a coloration which is very distinctive to the area. A tooth of this size would have come from an adult, prehistoric, mega-shark in the 40 foot size range. It comes with an acrylic display stand.